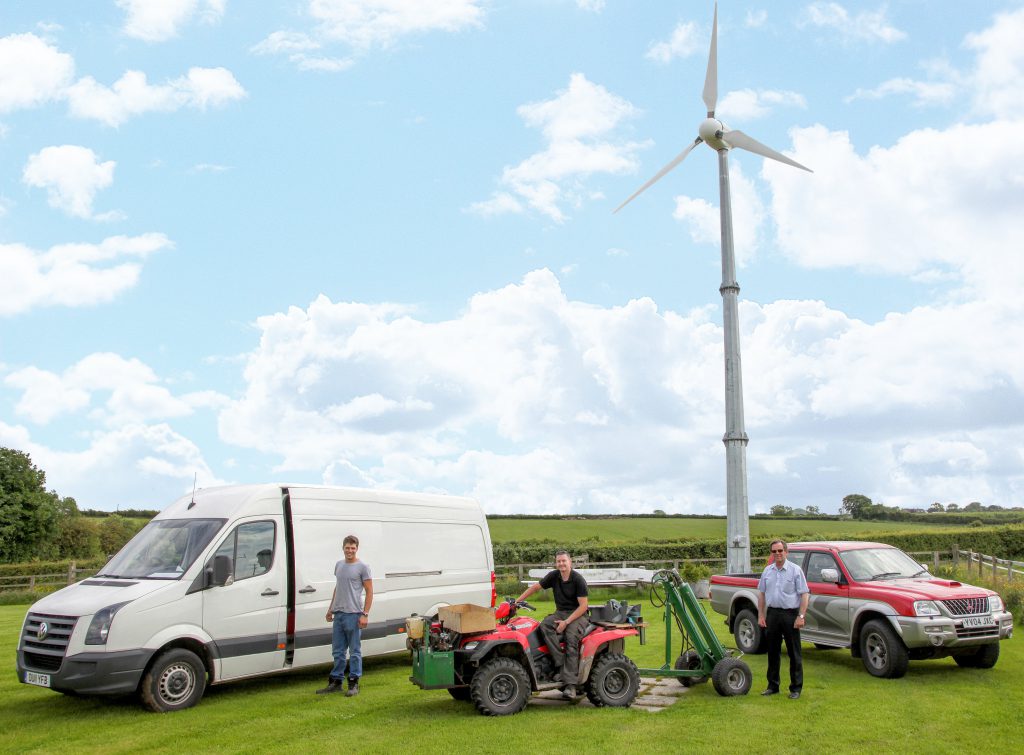 JDW Design has had a long standing interest in the design of horizontal axis wind turbines since 1990. In 2014 we first got involved with wind turbines after being requested by a friend to look at an Evoco turbine following the demise of the importer. The successful replacement/ redesign of the blade root bearing assembly led to additional work of approximately 100 Evoco turbines spread all over the UK and one in France.

As the business rapidly expanded, we were approached by Gaia to replace the heads of failing wind turbines to the Gaia 133 under the Ofgem rules. This Gaia turbine has the advantage of greater production, reduced service costs and a well proven simple design that is widely understood and serviceable. We started on our own turbines and quickly developed the process to become the “go to company” for this procedure. We have now performed over 30 of these head swaps to date and we continue to meet demands as customers begin to appreciate the enhanced performance and returns and the improved viability beyond the Feed In Tariff (FIT) periods.

We also supply SD wind turbine heads for sites exposed to greater wind speeds with swaps available for most makes including Hannevind, Evoco, HY5 and C&F to mention a few.
We aim to innovate and grow the business with the firm belief that wind and wave energy will become a powerful asset within the British Isles, which already represents 40 % of North West Europe’s total resource. These resources are what remains after other species have satisfied their needs and therefore, their exploitation should have the least environmental impact.